Pushkar is a town in the Ajmer district of Rajasthan. It is situated 14 km north-west of Ajmer and is one of the five sacred Dhams (pilgrimage site) for Hindus. According to Hindu religion, the pond at the Katas Raj temple Near Choa Saidan Shah in Chakwal District of Pakistan has a theological association with Shiva; it was formed by the tears of Lord Shiva which he is believed to have shed after the death of his wife, Sati. Pushkar is one of the oldest existing cities in India. It lies on the shore of Pushkar Lake. The date of its actual origin is not known, but the legend associates Brahma with its creation.

The Pushkar Fair, also called the Pushkar Camel Fair or locally as Kartik Mela or Pushkar ka Mela is an annual multi-day livestock fair and cultural fête held in the town of Pushkar near Ajmer city in Ajmer district in (Rajasthan, India). The fair starts with the Hindu calendar month of Kartik and ends on the Kartik Purnima, which typically overlaps with late October and early November in the Gregorian calendar. In 1998, over 1 million visitors came to Pushkar throughout the year. The Pushkar fair alone attracts over 200,000 visitors.

The full moon day is the main day and the day, according to legend, when the Hindu god Brahma sprung up the Pushkar Lake, thus numerous people swim in its sacred waters. On record, Pushkar fair is the World’s largest camel fair where around 50,000 camels, horses and cattle and over 400000 people are gathered over a period of around fourteen days. Apart from the buying and selling of livestock, it has become an important tourist attraction also. The original intention behind the Pushkar Camel Fair was to attract local camel and cattle traders to do business during the holy Kartik Purnima festival. Today the Pushkar Mela creates a stir among travellers with its awe-inspiring celebrations at this grand event cherished with life oozing activities, cultural and musical events, thrilling camel safari tours and a stay in the traditional yet modern camps.

Images of silver bells making heart pleasing jingles, animals walking over sparkling sand dunes and beautifully decked up camels with their owners sitting on their backs have become a fascinating norm at this stunning cultural retreat. A huge carnival is held, with an array of musicians, magicians, dancers, acrobats, snake charmers and carousel rides to entertain the crowd. The grand occasion of the Pushkar Mela is definitely a priceless treat for those who wish to eye the vibrant culture and traditions of Rajasthan.

The final five days of the Pushkar fair are for a holy dip in the mythologically significant sacred Pushkar Lake to “wash away the sins of a lifetime” and pay obeisance at the only Brahma temple in the world. 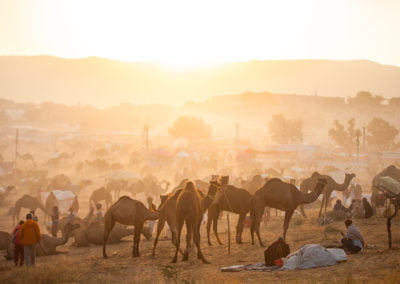 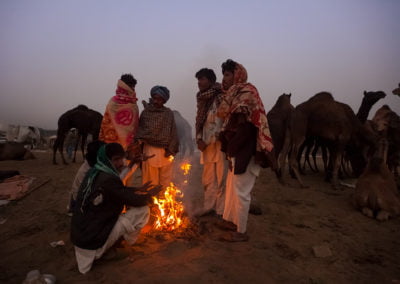 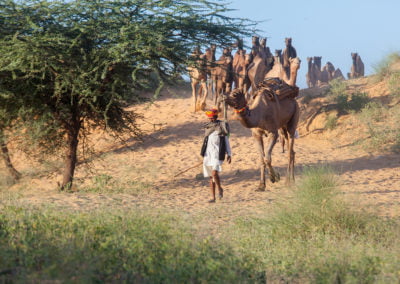 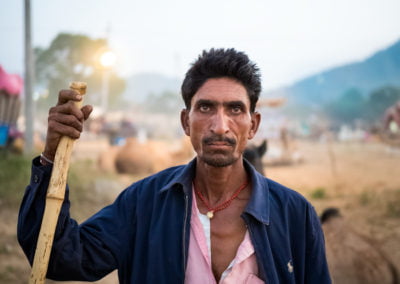 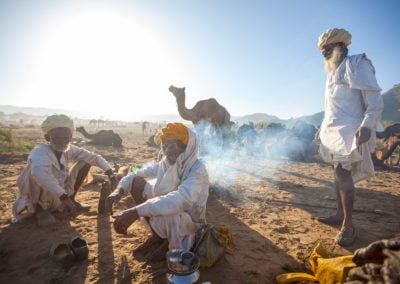 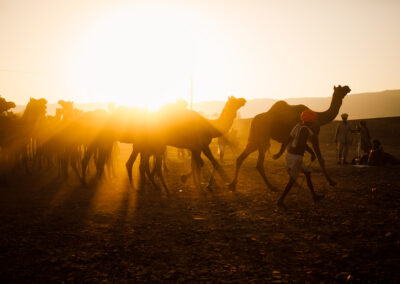 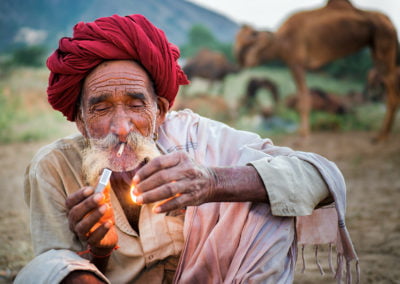 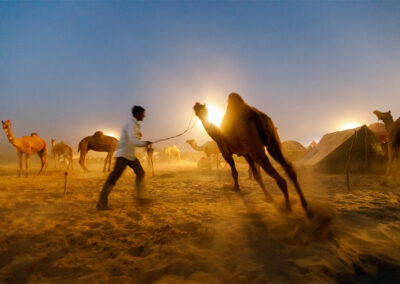 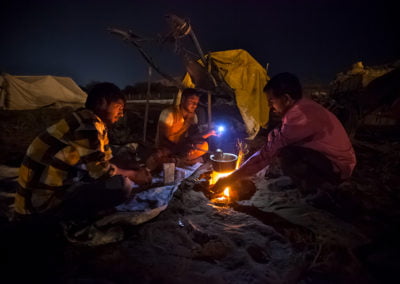 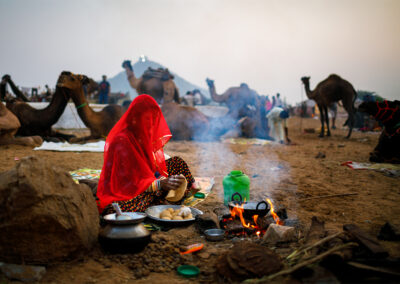 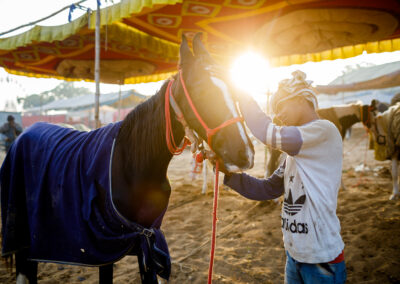 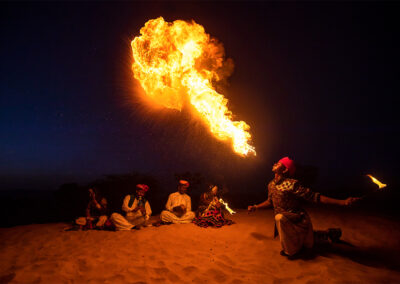 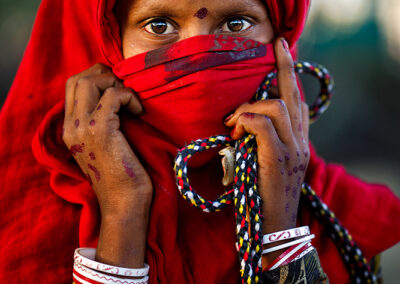 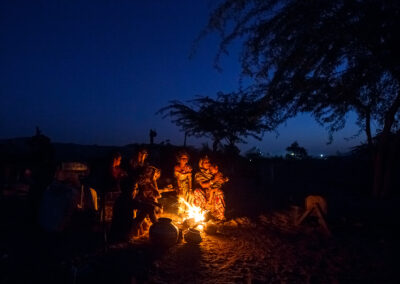